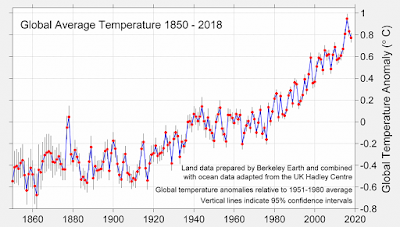 We conclude that 2018 was likely the fourth warmest year on Earth since 1850. Global mean temperature in 2018 was colder than 2015, 2016, and 2017, but warmer than every previously observed year prior to 2015. Consequently, 2016 remains the warmest year in the period of historical observations. The slight decline in 2018 is likely to reflect short-term natural variability, but the overall pattern remains consistent with a long-term trend towards global warming.